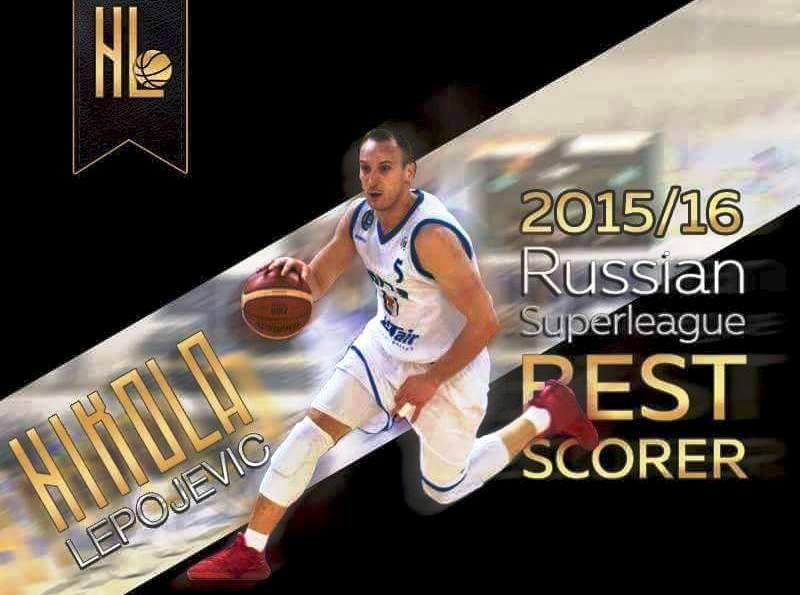 In the youth championship of Serbia, he relatively quickly attracted the attention of scouts of famous clubs. Indisputable effectiveness, exceptional fighting spirit, impeccable physical readiness and, above all, a clever head – all these qualities of a talented young player could not go unnoticed by experienced “talent hunters”.

After one game in Belgrade against the Beovuk-team, where he scored 42 points and practically decided the winner with his excellent game, Nikola falls into the notepad of the Partizan Basketball Club management. Expedition of the Belgrade Basketball Giant (consisting of: Dragan Todorić – Predrag Danilović) arrives in Kraljevo shortly after this match. And as one of the popular Serbian songs says: “The lights are on, the electricity is buzzing …” – conversations, negotiations, agreements began.

After this victory over the Beovuk team, the Sloga youth team reached the final tournament in Vrsac, where their peers from the best basketball clubs in Serbia were waiting for them: Hemofarm, Crvena Zvezda and Partizan. And again, Nikola surprises everyone with his great game, which will not leave anyone indifferent from that moment. It is already clear to everyone what kind of gaming talent this is and the struggle for his signature is just beginning.

In parallel with the performances for Sloga, his career in the Yugoslav national team began. Participating in the Mediterranean Games in Tunisia, of course, was the first great international experience, and the unofficial world basketball championship in Dallas provided an opportunity to compete with the best young players in the world. At this tournament, the young team of Yugoslavia was defeated in the final by the Americans with a difference of only one point, but individual awards were given to young Serbian players. The huge center Nenad Krstic was declared the best player of the tournament, and another resident of the city of Kraljevo, Nikola Lepojevic, became the winner in the individual three-point throw competition.

In American youth-team brilliantly played Chris Bosh, who subsequently made an extremely successful career in the NBA teams: Toronto Raptors (2003-2010) and Miami Heat ( 2010-2017).

Time passed quickly, and Nikola expressly knocked on the door of the first team of Sloga. The hard work paid off, and the physical predisposition of a strong Herzegovian (inherited from his mother), combined with the famous genes inherent in the so-called “southern railway” (from his father’s side), gave him the opportunity to compete on an equal footing with mature and already formed players.

Assistant coach of the Sloga – Sasa Pavlovic (with popular nickname “Seco”) insisted that the young talented shooter definitely join the players of the first team, and he was not mistaken. Nikola justified the trust of a brave and wise young coach: one big match that the city of Kraljevo will remember forever became the official confirmation and a kind of seal of this. More about that – in the next sequel …