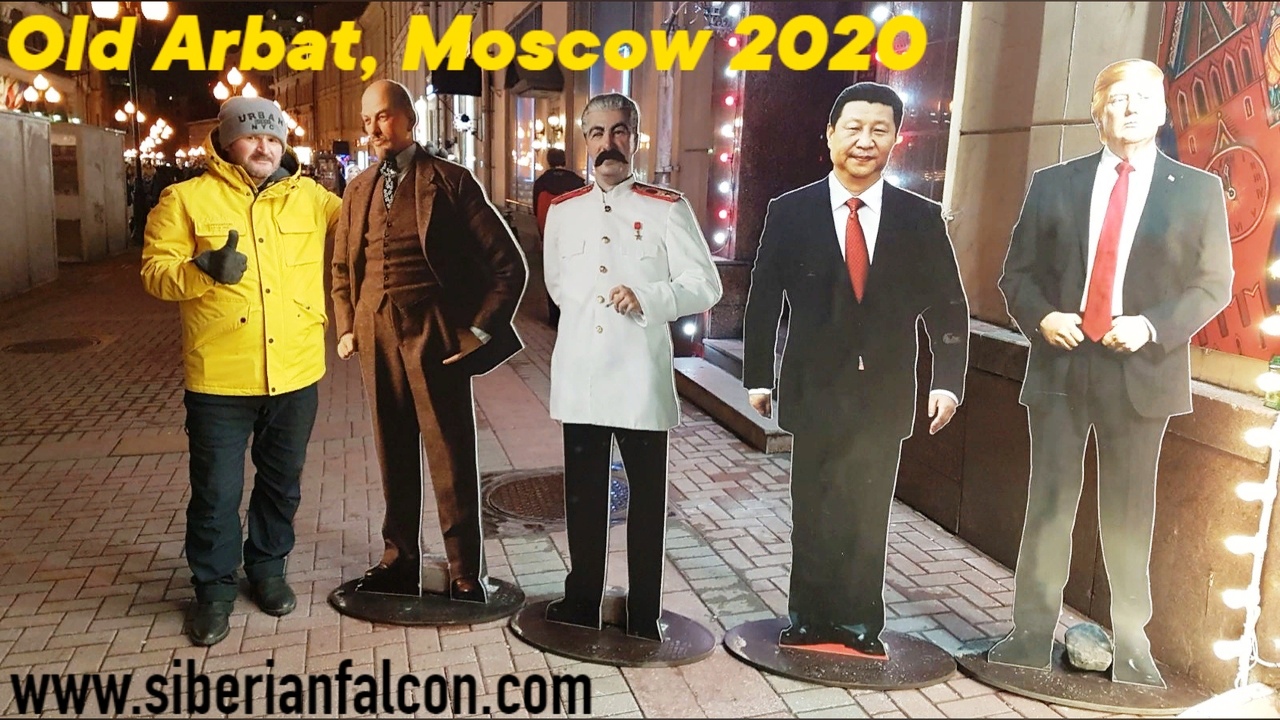 Arbat Street (Russian: Арбат), mainly referred to in English as the Arbat, is a pedestrian street about one kilometer long in the historical center of Moscow, Russia. The Arbat has existed since at least the 15th century, which makes it one of the oldest surviving streets of the Russian capital. It forms the heart of the Arbat District of Moscow. Originally the street formed part of an important trade-route and was home to many craftsmen.

In the 18th century, the Russian nobility came to regard the Arbat as the most prestigious living area in Moscow. Almost completely destroyed by the great fire of 1812 associated with Napoleon’s occupation of Moscow, the street required rebuilding. In the 19th and early 20th centuries it became known as the a place where petty nobility, artists, and academics lived. In the Soviet period, it housed many high-ranking government officials.

As of 2016, the street and its surroundings are undergoing gentrification, and it is considered a desirable place to live. Because of the many historic buildings, and due to the numerous artists who have lived and worked in the street, the Arbat has also become an important tourist attraction.

In the first two decades of the 20th century comfortable new apartment buildings were built on the Arbat, which still contribute to the overall appearance of the street. The main inhabitants were now well-off academics, as well as a small number of artists. The Arbat’s transport connections were also improved in the first half of the 20th century. In 1904 electric trams were introduced, which were replaced 30 years later by trolleybuses (electric buses which get their power from overhead lines similar to those of a tram). For this reason the previous cobbles were replaced with an asphalt surface.

In 1935 Moscow’s first Metro station opened on Arbatskaya Square. The fact that the Arbat remained part of the road between Moscow and Smolensk facilitated trade. Arbat became a busy shopping street with many renowned boutiques.

At the beginning of the 20th century the most intense business activity took place near the Western end: on the site of today’s Smolenskaya Square, a large farmers’ market used to take place, the Smolensky Rynok (Смоленский рынок).

Furthermore, in 1899 Kiev Railway Station was built, a few hundred meters to the west of the Arbat, which further increased the influx of traders from Ukraine and Southeastern Europe into Moscow via the Arbat. After the October revolution of 1917, the Bolsheviks confiscated private property on the Arbat, as they did elsewhere in Russia, and made the buildings state property. Nevertheless, the street did not immediately earned its reputation as a “persecutor for all kind of artist “.

Through the 1920-s this began to change, as mass migration from the countryside into the capital put enormous pressure on housing. For this reason, the previous apartment buildings were made into apartments where more than one family lived together. Furthermore, the area served more and more to accommodate the high-ranking functionaries of the Communist Party of the Soviet Union. This period is described in Anatoli Rybakov‘s novel “Children of the Arbat“ (Дети Арбата).

This is the reason for the plain apartment buildings in the side streets off the Arbat, some of which replaced earlier, more architecturally significant buildings. Furthermore, most of the Arbat’s churches were demolished, including that of St Nicholas, regarded as one of the finest examples of the style of the Boris Godunov period. For visiting functionaries a luxury hotel was also built near the Arbat, the Arbat Hotel (Гостиница Арбат) in Plotnikov Street. Some buildings were also renovated or built in the constructivist style. Probably the most original monument to this new trend is the Melnikov Mansion. In the early 1980-s the Arbat, which had been a busy street in terms of traffic, was closed off and made into the first pedestrian zone of the Soviet Union. This happened at the same time as the construction of a new Ministry of Defence building on Arbatskaya Square, which required a great number of communications, pipes and wires to be laid beneath the Arbat.

The renovation of the street and many of its historical buildings was completed in 1986. During Perestroika, the street was a gathering place for informal youth movements (like hippies or punks), as well as street musicians and artists. Tsoi’s Wall in one of the Arbat side streets (Krivoarbatskiy Pereulok) remains a curious monument to those turbulent years.

However, the overall appearance of the Arbat is dominated by street artists, souvenir stalls and shops, restaurants, cafes and bars. Attractions of the Arbat Street:

Since 1986, the Arbat has been dotted with distinctive street lanterns.

It has several notable statues, including one to Princess Turandot in front of the Vakhtangov Theatre, and another to Soviet-era folk singer, bard and poet Bulat Okudzhava, who wrote several poignant songs about the Arbat. Arbat is home to the headquarters of oil company TNK-BP – a modern building at the beginning of the street. It also contains numerous restaurants, including The Hard Rock Cafe.

Most of these restaurants are geared towards visitors to Moscow and are considered by many residents to be over-priced and of low quality compared to those in other parts of the city. There are also a few restaurants and cafes that cater to the working population and middle class.