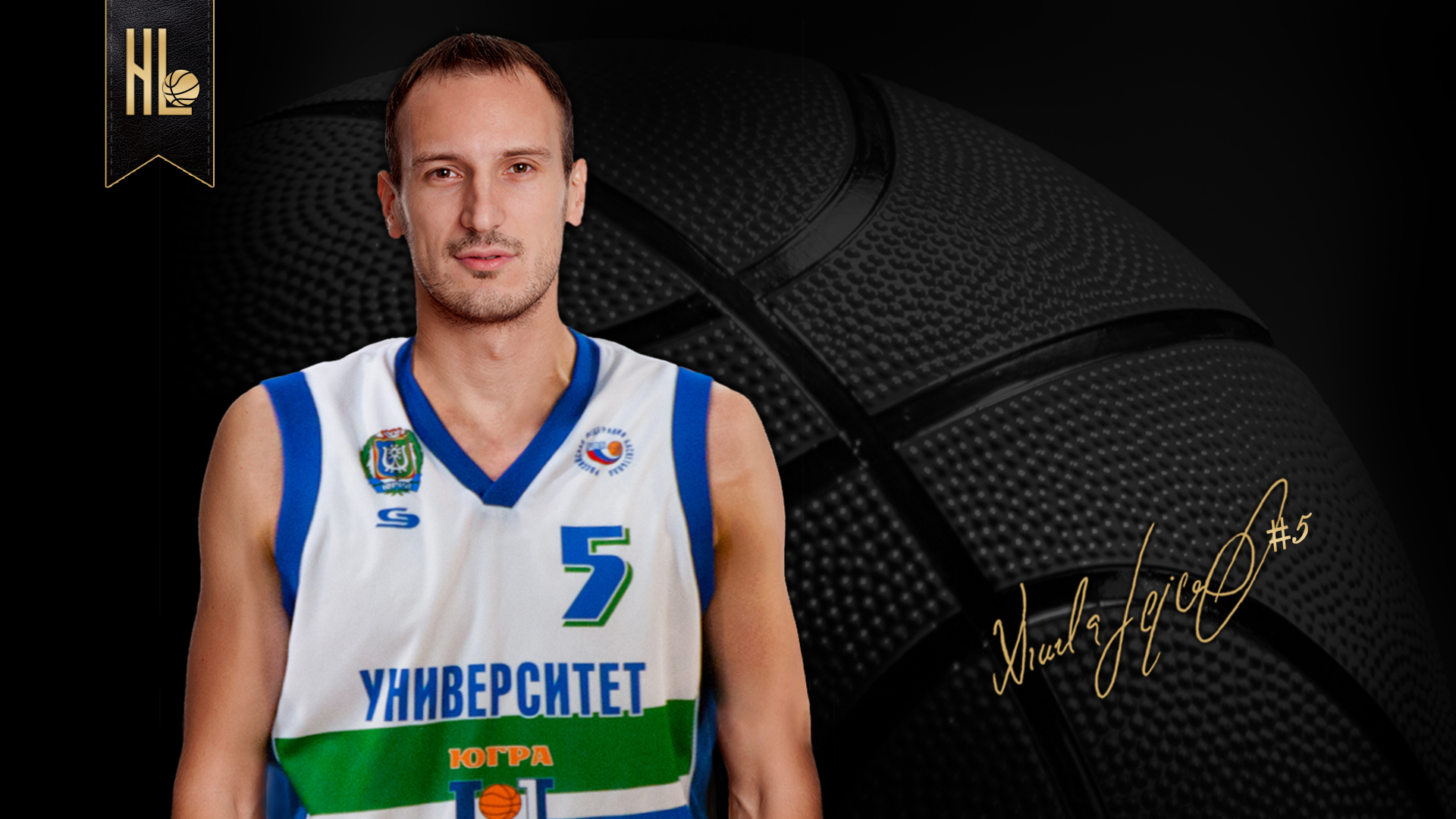 Twelve-year-old Nikola trained diligently and faithfully. He did not miss a single training session in BC “Kraljevo” and this was easy for him, because discipline was an inborn concept for him. Additionally, of course, he trained with his brother.

Sometimes it happened that Borko could not train with Nikola because of extraordinary duties at school, his own training in senior categories of BC Kraljevo or, possibly, because of school basketball competitions, but then Nikola worked independently and individually.

On sports grounds near the Ibar River, he tirelessly practiced his “cannon shot”, then various “tricks” and cunning movements, which many years later sports commentators in Russia would characterize as “Serbian little things” (literally translated – Serbian tricks).

He attacked the “invisible opponent” from any position in the racket – both on the left side (when he maneuvered the ball with his left hand) and on the right side (then everything would be completely opposite); then he attacked from a U-turn or a half-turn, imagining that there was a huge center behind, trying to rigidly block him. Retreating one step back, a powerful jump up almost to the clouds, and accurate shooting in the direction of the ring – all these were the main elements that were to become his main weapon, his “identity card” and his heavy artillery in the coming years.

All these basic elements, which he practiced until exhaustion in early childhood, provided him with the necessary diversity in more mature age and in deep professional waters. In moments when he did not have an accurate shot, he brazenly made his way along the sides of the racket and put the ball in the basket. In the moments when he was “covered” by some giant center and when he was in danger of “drinking” the blockade, then he was playing some kind of a cunning game under the ring.He was doing an exact transfer of the ball somewhere on the edges of the field, where was one of his teammates completely free and ready for an accurate shot.

This gave him versatility in the game and the ability to play in different positions on the team. Coaches and teammates have always respected such kind of players. In addition, fans adored them.

The years were really hard and unhappy. The beginning of the nineties and the state of war in the former great state of Yugoslavia. During this period, father Momcilo (as an officer of the Yugoslav army) was constantly in the Serbian region called Kosovo, where the situation was dangerously aggravated, and the army was constantly on full alert. He rarely had the opportunity to visit his family in Kraljevo, so the whole burden of raising his sons fell on the shoulders of his wife Koviljka.

In those years, Koviljka Lepojevic worked at the “Marble-Willow” factory (in Serbian: “Mermer-Vrba”), where she worked in her specialty as a chemical technician. Later, she worked as a sales manager for the famous “Hisar” company from city Prokuplje, which had three representative stores in the city of Kraljevo. A lot of work and a lot of responsibilities for a mother with two children, but financial compensation for such work was almost negligible. Salaries were extremely low at that time due to horribly high inflation and the general collapse of the state economy. The small savings of ordinary citizens remained trapped in various banks, which suddenly “capitulated” or simply disappeared without a trace. However, in spite of everything, a caring mother found a way to save money and accumulate modest savings (to put it mildly – a stash), which was useful for some unexpected expenses and expenses.

A short episode (about which Nikola once accidentally told me when we drank coffee and talked about sports) struck my heart like a furrow. I remember that I laughed heartily, but almost with tears in my eyes, because the scene that I presented at that moment was a huge emotional confirmation of the infinite parental care and self-denial when it comes to children.

A wise woman planned expenses correctly and allocated money according to priorities. First, bitter experience of hunger and thirst for both of her son’s was not allowed; there was no dilemma in this. In the second place in terms of priorities were books and everything that was necessary for the school – there was no talk on this issue either. Only in third place was the sports equipment necessary for regular training: jerseys, tracksuits and sneakers.

As a younger brother, Nikola often wore sneakers that Borko had outgrown. There was nothing wrong with that, on the contrary, because in this way Nikola almost literally followed example of her older brother. However, the problem was that over time, even the best sneakers were torn, and this, of course, was a big problem in training.

Therefore, it was on one of these training’s that the following happened. Two large holes opened at the bottom of the Nikola’s sneakers. This one, which was on the right foot, was especially critical, because it was his “base” leg when he was jumping or doing any starting movement. All body weight was concentrated on this small circular space under the big toe of the right foot, and this critical point was regularly in a big danger.

Nikola knew how to put some kind of insole (piece of cloth or some kind of cardboard), but with sudden movements this protection slipped anyway, and his leg again came into direct contact with a solid concrete base. It is clear that it was very painful to Nikola , but he did not want to stop training at any cost: he was ashamed to complain. However, at some point, he felt that the sock itself had torn due to contact with concrete: a piece of fabric, along with a piece of leather, remained on the “hot asphalt” (as one popular Yugoslav song says). Nikola could endure physical pain, and there was no doubt about it. Nevertheless, much more painful was his naive thought:

“How can I be so unhappy and so poor, that I can’t afford new sneakers?”

This thought almost broke his heart, and he suddenly stopped; he went to the coach and said that he needs to leave the training session because his stomach hurts.

He returned home with a bloody wound on his leg and a very painful feeling (but not in his stomach, but in the boy’s soul). Mom, of course, was in the kitchen, preparing something tasty for her athletes – it was already a normal scene and a daily routine. However, something unexpected happened for the first time that evening. Nikola entered the apartment, briefly greeted his mother, and then somehow disappointed and completely pessimistic threw a bag of sneakers into the farthest corner of the hallway. He didn’t even ask if there was something tasty to eat (as he did regularly after each training session), but went straight to his room with his head bowed and slammed the door behind him.

In amazement, the mother followed the whole scene and immediately followed him to find out what it was. Along the way, she grabbed Nicola’s bag with sneakers and instinctively looked inside, looking for the answer to her question. She looked into the huge holes in the sneakers and immediately understood. An additional “salt to the angry wound” was the consciousness that on sports socks (which Nikola, as usual, took off after training and put next to the sneakers inside the bag), there was a big bloody mark.

Mother Koviljka stopped in front of Nikola’s room with a thoughtful smile on her face in the style:

“Well, my hero – why are you silent and don’t say what the problem is?”

And then she made an irrevocable decision. She turned 180 degrees, put back the gym-bag with old sneakers, and then without hesitation pulled the money from her “secret box” for urgent needs. Then she instantly grabbed her coat and left the apartment without saying a word to anyone.

Forty minutes later, she returned and carefully left a large box in front of the threshold of Nikola’s room. She noticed that he did not leave his room at all, because the food that she had so carefully prepared for him remained completely unnoticed and ignored. All that she could heard from the closed room was just the silence, nothing more.

“Well, OK… sooner or later you’ll get hungry anyway and leave the room, and then I will tell you how you always have to speak openly with your mother about everything …” – mother Koviljka laughed and wisely decided to wait a little longer…

She went to the kitchen to relax and have a coffee, and shortly after, she heard the door to Nikola’s rooms quietly open…

The next day, Nicola took a leading position in the “battle line” during a new basketball training. The glossy new and very popular “Jordan” sneakers shone on his feet and he was happy as never before!

The coach asked him carefully before everyone:

“How are you today, Nikola? Does your stomach hurt or not, is everything all right?

“Nothing hurts me, everything is fine …”– Nikola answered, as if from a cannon…

“I see…”– the coach nodded and noticeably looked down at Nikola’s new sneakers.He just smiled and winked. After that, he simply and shortly said:

It is needless to say, that young Nikola literally flew in the style of the great Jordan in this and every subsequent training. He progressed day by day and after a year of work in BC Kraljevo, the first positive results appeared.

Namely, the first big trade in the career of Nikola followed. Coach “Colka” was able to help young talents at a young age. He noticed their capabilities and registered them, just when it was necessary to do it, and then (as a real teacher and talent hunter) he was able to additionally evaluate and feel the right moment to send them to a new environment where they can learn more.

Thus, in the 1994/95 season, a “package deal” took place: Nikola Lepojevic, in tandem with the giant young center Mirko Tokalic, joined the ranks of BC “Sloga” for the “unbelievable” amount of 1500 German marks. Of course, this amount seems like a “simple joke”, but if you take into account that in those years, due to the huge inflation and the general economic crisis, the average salary in Serbia was only five marks, it turns out that it was a very decent amount of money for anonymous young athletes.

Such a way, Nikola becomes a member of BC Sloga, a club with rich and vibrant traditions, with an extremely strong basketball school, and only here his real game progress begins. At that time, the assistant coach in Sloga was Sasa Pavlovic, the very person who, before everyone else, believed in Nikola’s playing qualities and included him in the first team, even as an junior player.