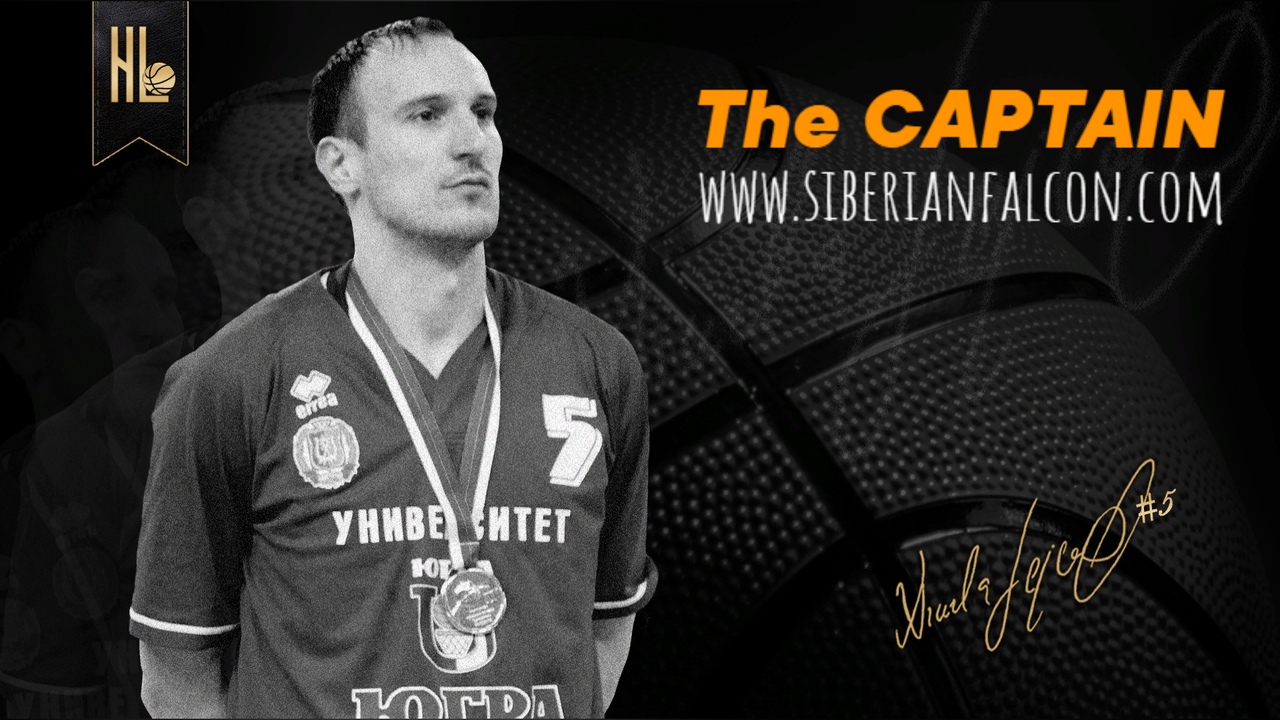 A couple of times I literally asked Borko to describe Nikola from the time when they grew up together in Kraljevo. That period of Nikola’s formation as a player and as a person was completely unknown to me, so I listened curiously and with great attention (of course – and memorized!) everything that Borko told me.

It was interesting to me how and in what way (in what moments and under what circumstances) a winning mentality is formed, which helps a practically beardless boy to later become an indomitable fighter, winner and champion.

On one occasion, we were sitting in the restaurant “Home Of The Army” in Belgrade and with a cup of coffee we were flipping through the “boy’s memories” of a Serbian army officer, Nikola’s older brother – Borko Lepojevic:

– Dragan, believe me: it was completely unbearable! He kept asking me to play basketball with him, “one on one”, almost to the point of exhaustion. I am three years older than him and at that age it was a big advantage. I was physically stronger and I was a pretty talented, good player. I have already played various school and “street” tournaments, I had a good basketball team and we won almost regularly. Nikola had just started playing basketball at the time, but he persistently insisted that we measure our strengths. And I agreed – we played on the basketball courts near the Ibar-river: I beat him ones, then twice, and third time also… I told him – that’s enough, let’s go home, but there was no chance… there was no talk about it… he wanted to play a rematch, again and again, and there was no other option – period! I rejected him, I said: enough is enough, and then he almost started to cry a little with lot of anger and started to insist in style – I’m not giving up, we’re playing a new game! What am I going to do, where am I going to go – I reluctantly agreed with him and we started to play basketball again… I didn’t give up to him so simply and so easily, of course, but as an older brother I spared him a little. I wasn’t rude in duels, but I liked to “bake” him a bit, to “prick” him with words and provoke him, just to see what material he was made of. And he was like a piranha: he almost “bit” me, fought hard with me, “teared the flesh” from fanaticism and persistence. I beat him in the fourth game, then the fifth, I get him in the sixth, but we continued to play further and finally – he won me in the seventh or maybe the eighth game, and only then (finally) it was the end of our basketball fight. We ended the duel and went home. The very next day, here he was again – he laughed and said: “Let’s go play basketball… you were lucky yesterday, but today you’re mine!” I would matched him in the style: “What luck, hero? Well, the result is 8:1 in games for me, I practically demolished you… ” But he had already raised his self-defense and answered: “It doesn’t matter… coincidence, it wasn’t my day… you provoked me, so I got a little annoyed… but today is a different story, you’re done!” And so, as the folk proverb says: “If you can’t win him, it’s better to join him!” – we played again and again, to the point of unconsciousness…

I actually played the role of a “double agent” in that whole story. In Belgrade, I would talk to Borko about Nikola , and then, on my return to Russia, I would talk to Nikola about Borko and his basketball talent:

“Wow, Borko was a dangerous basketball player! Very dangerous player! He had a terribly good team, they played in Kraljevo and won everything in a row… ” – said Nikola with a great deal of respect for his older brother, while we were sitting and drinking coffee in “Dovlatov” (one of our favorite restaurants in the Siberian city of Surgut).

In those moments, in his voice and facial expression, I saw that it was not just about the implicit brotherly love in the style of “he is my brother, so he is the best of all”. No, it was about something completely different: Nikola was really impressed with his older brother’s basketball skills and spoke about him with a lot of respect, with a noticeable dose of admiration and with slight signs of fan fanaticism.

“Well, what happened to him?” Why didn’t he continue with basketball? He trained regularly, he was super-talented… he took you to the first training… what happened to his career afterwards? Why did he give up? ” – I asked him with almost completely “wide-open” eyes, because (in phenomenological way) it was very interesting to me how and in what way human destinies are practically determined at that early boyhood…

“Very simple – he suffered an injury and it was over with basketball…” – quietly said my good friend Nikola: “He injured his back and it was a big obstacle that he could not jump over. He healed the injury and played basketball with his team for some time, they dominated those local tournaments in Kraljevo and the surrounding area… but the dreams of a professional career were over, because with more effort during training and basketball games the old injury started to recover and there was no choice. He had to give up. Later, he enrolled in the Military Academy of the University of Defense in Belgrade, successfully graduated and became an officer of Serbian Army… ”

That is how Nikola’s older brother followed in the footsteps of their father Momcilo, an officer of the Yugoslav and Serbian armies. Discipline, honor and dignity – these were the basic principles by which this old-fashioned soldier trained his two sons from an early age. And both were imbued with just such – chivalrous, honorable, in the true sense of the word: a military approach to life.

By a decision of fate, it so happened that the older Borko followed in his father’s footsteps, while the younger Nikola remained on the sports life path. The Herzegovinian genes that he inherited from his mother Koviljka suddenly started working, and the desire to prove himself in sports became twice as strong.

Now he no longer had such a simple, slightly naive boyish goal to reach and overtake his older brother in terms of basketball skills. Now it was something completely different, something much bigger and something much more significant.

Young Nikola understood one simple thing: from the moment Borko said goodbye to basketball, his personal mission became completely different, and his motive doubled. The desire to prove himself in the world of basketball has become far stronger and more powerful. He felt an influx of extra strength and sporting vigor.

Every time when he picked up a ball (before he sent it through the basketball-hoop), he would read a message on it (written in invisible letters):

“Now you have a great obligation and a very difficult task: to prove your basketball skills not only for yourself, but also for your older brother!”