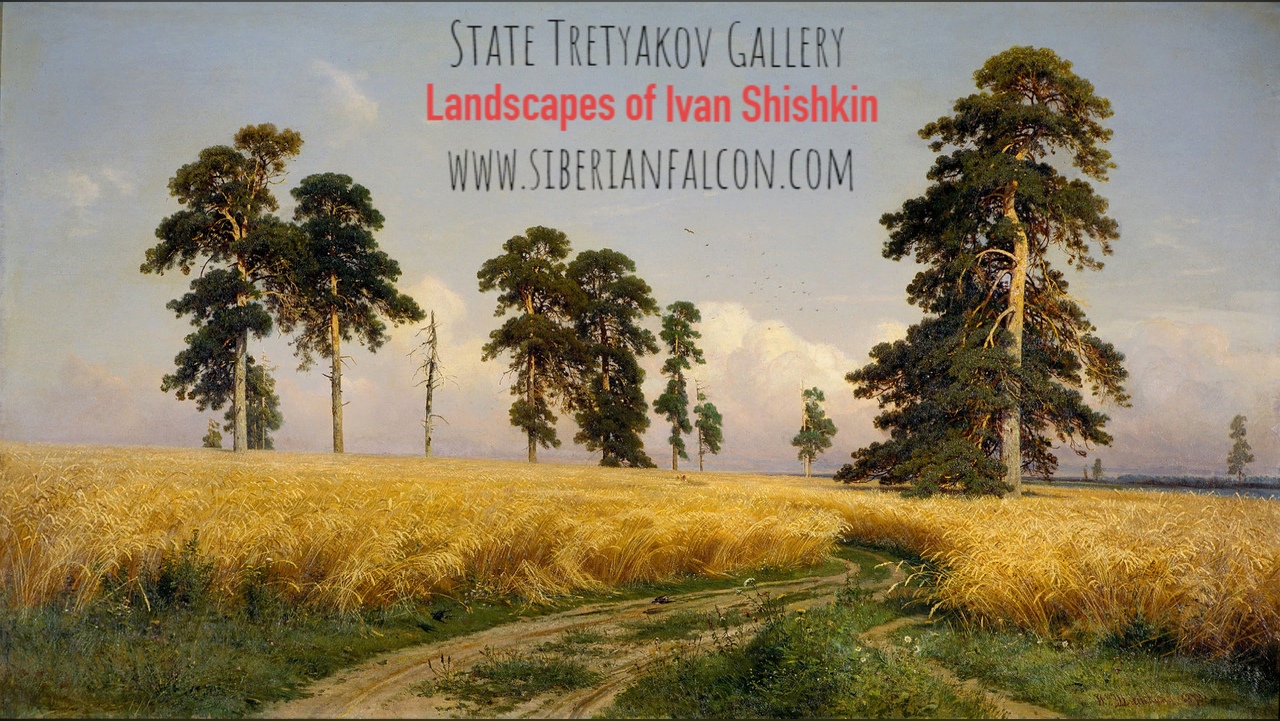 “Partnership of the Wanderers” – Karl Bryullov

Among Russian landscape painters, Shishkin, undoubtedly, belongs to the place of the most powerful artist. In all his works he is an amazing connoisseur of plant forms, reproducing them with a subtle understanding of both the general nature and the smallest distinguishing features of any tree species, bushes and grasses.

Whether he took up the image of a pine or spruce forest, individual pines and spruces, just like their combination, received his true physiognomy from him, without any embellishment or understatement – that kind and with those particularities that are fully explained and determined soil and climate, where the artist made them grow.

Whether he depicted oaks or birches, they took completely true forms from foliage, branches, trunks, roots and in all details.

The terrain itself under the trees – stones, sand or clay, uneven soil covered with ferns and other forest herbs, dry leaves, brushwood, fallen leaves and so on – got the appearance of perfect reality in Shishkin’s paintings and drawings.

Among all the artist’s works, the most popular painting is “Morning in a Pine Forest”. Her plot may have been suggested to Shishkin – K. A. Savitsky. There is another version that the landscape “Fog in a pine forest” (1888), written, in all likelihood, like “Burelom”, inspired by a trip to the Vologda forests, visiting the island of Gorodomlya on Lake Seliger – the territory not touched by human civilization. “Fog in a pine forest”, which was a success at a traveling exhibition in Moscow (now in a private collection), could arouse Shishkin and Savitsky’s desire to write a canvas repeating the motif of the famous painting, but with the inclusion of the genre scene.

Initially, there were no bears on the panel of impressive size (139 × 213 cm). However, the artist Konstantin Apollonovich Savitsky, who knew Shishkin well, proposed to supplement the picture with figures of living creatures – bears. At the request of Shishkin, who has some doubts about his abilities as an animalist, Savitsky portrayed a family of wild animals, carefree playing between the roots and trunks of felled pines, making the picture more dynamic. Before the purchase of the painting by P. M. Tretyakov, it was signed by two artists: I. I. Shishkin and K. A. Savitsky. After the purchase, Tretyakov erased Savitsky’s signature from the picture.

In the late 1880-s, the owner of the famous candy factory Ferdinand Theodor von Einem (after nationalization – “Red October”) decided to give one of the products a formal look.

An agreement was signed with the owner of the picture “Morning in a Pine Forest”, thereby receiving the opportunity to take a copy from the masterpiece. The factory produced the first batch of sweets “Bear the Clumsy” in the early 1890-s. Sweets received the highest distinction at the All-Russian Industrial and Art Fair in Nizhny Novgorod (1896), and in 1900 won the Grand Prix at the World Exhibition in Paris. The authorship of the design of famous sweets belongs to the artist Manuil Andreev, who in 1913 placed on the wrapper the plot of the picture “Morning in a Pine Forest” framed by green spruce branches and painted six-pointed Bethlehem stars, since in those years sweets were the most expensive and desired gift for Christmas .

In the USSR and the Russian Federation, stamps were repeatedly issued that marked the anniversary dates of I. I. Shishkin and reproduced his work. A number of streets in various cities of Russia are named after I. I. Shishkin.