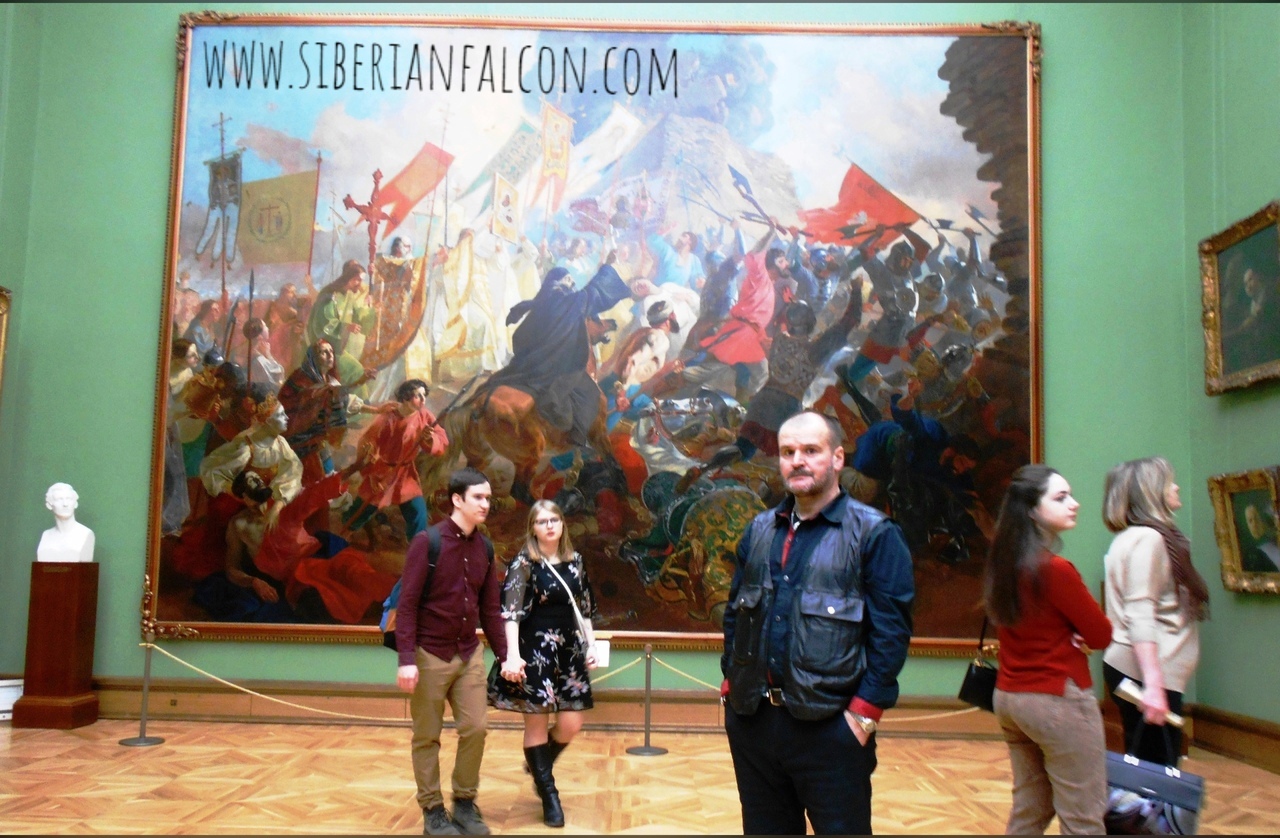 Karl Pavlovich Bryullov (Bryulov) (1799 – 1852) – Russian artist, painter, monumentalist, watercolorist, representative of classicism and romanticism. One of the participants in the famous Partnership of Traveling Exhibitions, which provided the Tretyakov Gallery with a lot of real art masterpieces.

The Partnership of Traveling Art Exhibitions (briefly: Peredvizhniki or the The Wanderers) is an association of Russian artists. Established: 1863. Date of liquidation: 1923.

The work of K. P. Bryullov became the pinnacle of late Russian romanticism, when a sense of harmonious integrity and beauty of the world was replaced by a sense of tragedy and conflict of life, an interest in strong passions, unusual topics and situations.

The historical picture is again coming to the forefront, but now its main theme is not the struggle of heroes, as in classicism, but the fate of huge human masses.

An outstanding master of both ceremonial and chamber portraits, Bryullov made evolutionary for the era of romanticism in his work – from the joyful acceptance of the life of early works (“The Horsewoman”, 1832) to the complicated psychology of the later ones (Self-Portrait, 1848), anticipating the achievement of the second masters half a century, for example, such as I. E. Repin.

Bryullov had a huge influence on Russian artists, among whom he had many followers and imitators.

Karl Pavlovich Bryullov died at the age of 52, in the town of Manziana near Rome, where he was treated with mineral waters.

The artist was buried in the Protestant cemetery of Monte Testaccio, according to the Lutheran rite.

On the monument of the sculptor M. O. Mikeshin “Millennium of Russia”, set in Novgorod in 1862, K. P. Bryullov is depicted among 16 figures of writers and artists of the Russian state from ancient times to the middle of the XIX century.

The artistic masterpieces of Karl Bryullov, which are in the State Russian Museum, in St. Petersburg: