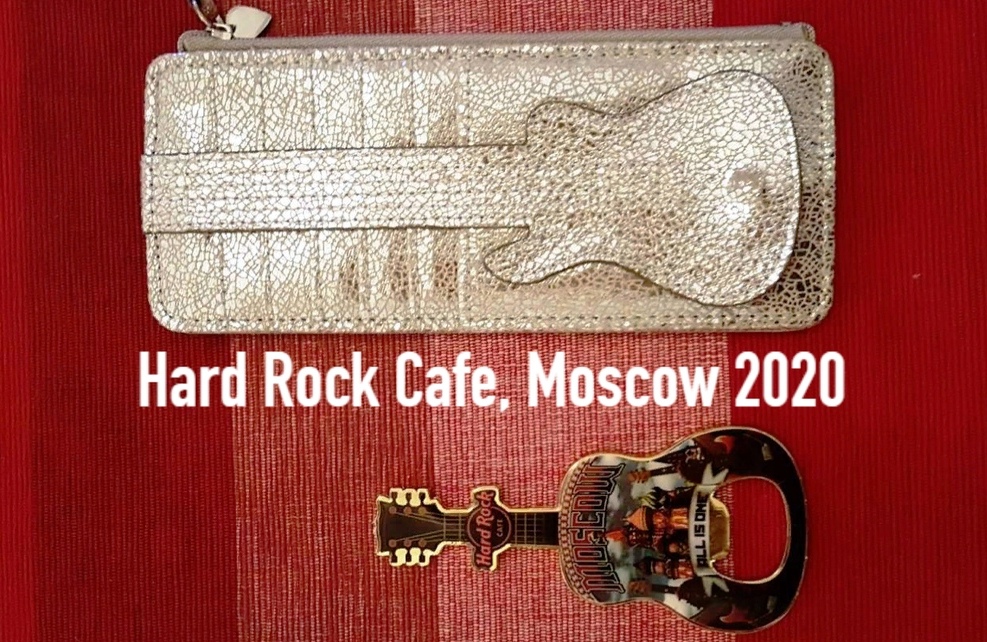 Moscow Hard Rock Cafe is not only a restaurant of very tasty food. No. In fact, this is a magnificent museum of rock and pop culture, and it’s completely – free! 116 in a row in the world and the second largest in Europe, Moscow Hard Rock Cafe opened on September 17, 2003. Hard Rock Cafe is located in an old three-story mansion in the heart of Moscow on the Arbat and can accommodate up to 500 visitors.

The interior and atmosphere of the cafe contributes to a true rock and roll mood. Gourmet food and drinks, a real Hard Rock shop and live performances by musicians from all over the world make Moscow Hard Rock Cafe an ideal place to relax. Hard Rock Cafe Inc. is a chain of theme restaurants founded in 1971 by Isaac Tigrett and Peter Morton in London. In 1979, the cafe began covering its walls with rock and roll memorabilia, a tradition which expanded to others in the chain.

The first Hard Rock Cafe restaurant opened in central London on June 14, 1971. The unique at that time idea of two Americans, Isaac Tigrett and Peter Mortan, consisted in the opening of a purely American institution on the shores of foggy Albion. Soon, a combination of American food and rock and roll atmosphere made Hard Rock Cafe the most popular restaurant in London. And after the restaurant was opened in New York in 1985, the creators of the brand decided not to stop there and expand a global network around the world. So the LEGEND was born … The story of creating a unique collection of musical instruments began with Eric Clapton’s guitar in the distant 70-s. No one could even suggest that this was only the beginning. It was just a joke, a practical joke. Eric Clapton, the true God of guitar playing, the founder of Cream and Derec and the Dominoes, the creator of the unfading hit “Leila“, loved to dine in an unusual London restaurant called Hard Rock Cafe. The institution, which was run by two young Americans, was located in an old mansion, which used to be a Rolls-Royce salon. In Hard Rock Cafe, you could remain yourself, you can eat and have fun from the heart. Clapton, becoming a regular visitor and making friends with the owners, asked to reserve his favorite table by hanging some kind a mark over it. The owners offered him to leave his guitar, which they will hang on the wall above his table. So, it was done. Nobody attached special significance to this event until, a week later, the Gibson Les Paul guitar in a package from Pete Townshend from The Who with a short note came to Hard Rock Cafe:

“And mine is not worse. With love, Pete.”

Young owners hung it on the wall. After that, packages with various musical instruments began to arrive at Hard Rock Cafe. It all started with one guitar … The Hard Rock chain is widely known for its fashion lines. At Rock Shops, guests can purchase clothing and souvenirs for the whole family. But even now, the choice in the stores is so wide that without the help of professional “hard-rock-consultants” you will not manage. They will choose the right size and color, talk about the most fashionable and popular news, as well as seasonal discounts. Hard Rock Café International is not only a place to relax and have fun, but also constantly updated seasonal lines of fashionable clothes and collection designs.